The first month of the year has finally come to an end (it felt never-ending). Work has been a little crazy at my end with very long nights and some weekend work – the reason why I have neglected my Instagram feed and blog posts. Every time I tried to sit and work on it, things kept coming up or I was just too tired from the week. In February, my goal is to be more active in both places.

Nonetheless, this did not stop me from reading. I tried very much to at least get in some reading when I can, even if it was for just a few minutes. I guess worked out because I was able to complete four books this month!

I am now on a binge with the show Scandal. I first watched it when it aired and got to Season 3, then I stopped. I have decided to pick it back up again so let’s see how this goes. 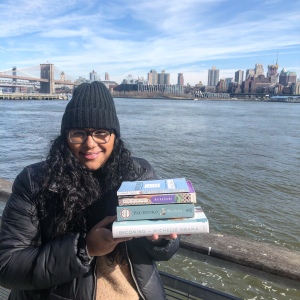